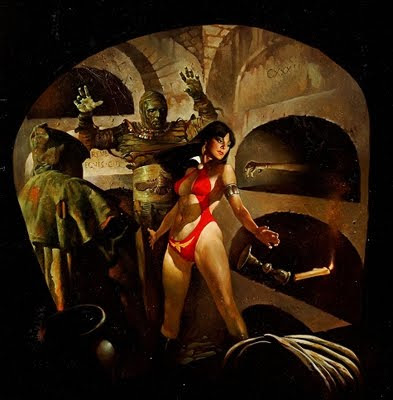 During the 1960s and 70s, artists working on cover art for horror comic magazines around the world employed film stills and poster art from horror films, making their job that much more easier. A few Spanish artists emerged who used their own country's fantastique for covers they would do for the domestic DOSSIER NEGRO, and U.S. magazines like VAMPIRELLA, EERIE and PSYCHO.

The artwork above and directly below is from the artist Sanjulian. As you can see, Naschy's mummy (from THE MUMMY'S REVENGE), as well as a rotted member of Amando de Ossorio's "Blind Dead" Templars, appear on the cover of VAMPIRELLA # 38: 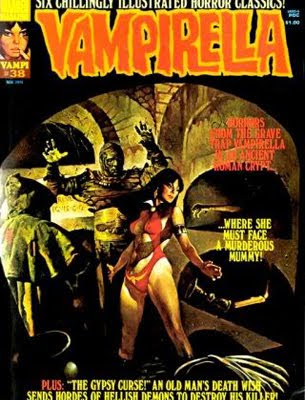 Naschy's mummy also makes an appearance on the cover of issue 198 of Spain's DOSSIER NEGRO, with Jack Taylor peering with a lantern into the forbidden tomb, the latter being another image taken from the Naschy film. Sebastia Boada is the artist.... 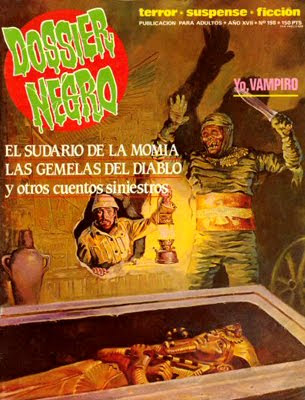 The Blind Dead provided inspiration for this PSYCHO cover: 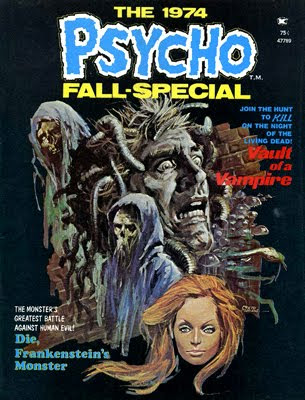 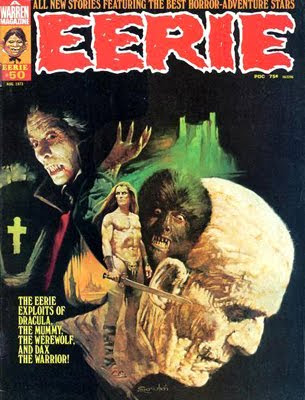 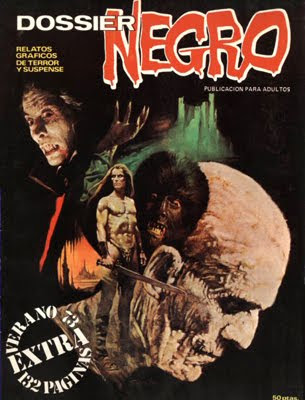