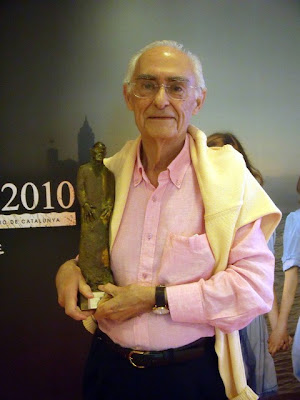 Director Eugenio Martin was honored at the Sitges film festival with the Nosferatu Award. Known to horror film fans for HORROR EXPRESS (1972) and A CANDLE FOR THE DEVIL/IT HAPPENED AT NIGHTMARE INN (1973), he also directed one of the earliest Spanish horror films, HYPNOSIS (1962), as well as a couple of other chillers, and was proficient in all genres. I must note that recent photos of Martin show him looking somewhat frail, and I wish him the best of health, if indeed he is ill. A very important person in Spanish horror.