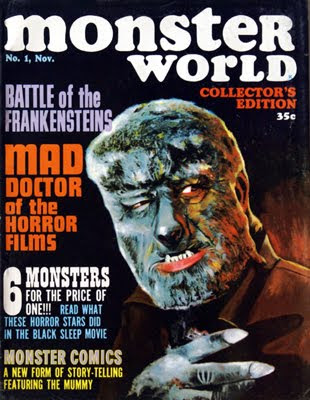 It was rare for James Warren's FAMOUS MONSTERS and MONSTER WORLD to mention Spanish horror, but the first issue of MONSTER WORLD (1964) did briefly note Jess Franco's LA MANO DE UN HOMBRE MUERTO--translating it literally as THE HAND OF A DEAD MAN--and offering a tantalizing still, too. We know this film on DVD as THE SADISTIC BARON VON KLAUS, a title taken from a French one for this film, LE SADIQUE BARON VON KLAUS.

One wonders if an English print exists of THE HAND OF THE DEAD MAN, and what young readers thought about never hearing of or seeing this film again--until they grew up and forgot all about it when the Image DVD came out in 2001 with the French print, subtitled in English. 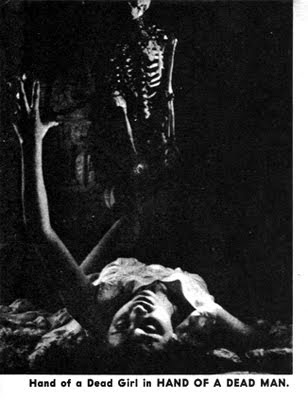 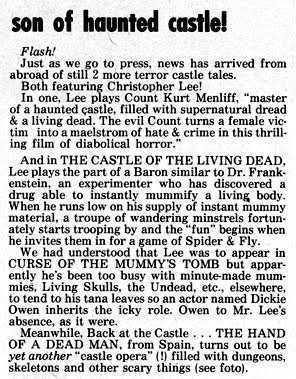